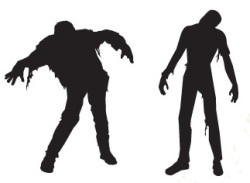 Yesterday for the 10th time or so, I have been sending a ticket to Squarespace the company hosting this very blog - support to improve their abysmal spam filter (inexistent actually) for blog comments. This is rather frustrating esperience to delete about 10 spam comments on a daily basis just because Squarespace can’t manage to do things right in this area. Worse, people have been quitting Squarespace for years for this very reason - spam comment being the No1 reason quoted for the change.

The issue is even more infuriating when you consider that:

The feedback from the Squarespace support has always two properties:

In a way, this is not very different from the blog spam content I am trying to get rid of. Hence, I am wondering support replies would actually be reported as spam by a decent spam filter; but I digress.

When it comes to customer support KPI, speed of answer isn’t everything. What really matter is to make sure that every problem gets addressed at multiple levels. Solving the immediate problem is only the tip of the iceberg, you have to go for the root cause. In the present case, suggesting to disable comments is not an acceptable solution.

Also, the support staff has been claiming for several years that Squarespace is investing a lot of efforts in fixing the spam problem. The worst part is that it might actually be true.

As far spam filtering Aksimet has been around for years. Last time I checked their technology, it was downright excellent; and their pricing is so agressive it’s a non issue (about $0.001 per comment for the enterprise package). Squarespace does not even have the excuse that no good dedicated tech is readily available.

At this point, the only reasonable explanations for this situation is either carelessness or ego, the later being more likely. Since dealing with support is useless, let’s see if I get some non-zombie feedback from Squarespace here.

(*) For large companies, very compartimented branches work too, a good example being the Kinect software by Microsoft.

i have had the same experience several times with squarespace “help” – a response that does not seem to indicate they even read my email. i usually have to go back and forth three times before i get a meaningful response. lame. August 6, 2011 | Piper