Scaling-down for Tactical Apps with Azure 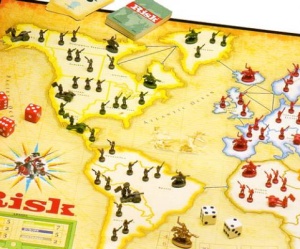 Cloud computing is frequently quoted for unleashing the scalability potential of your apps, and the press goes wild quoting the story of XYZ a random Web 2.0 company that as gone from a few web servers to 1 zillion web servers in 3 days due to massive traffic surge.

Yet, the horrid truth is: most web apps won’t ever need to scale, and an even smaller fraction will even need to scale out (as opposed of scaling up).

A pair of servers already scales up to millions of monthly visitors for an app as complex as StackOverflow. Granted, people behind SO did a stunning job at improving the performance of their app, but still, it illustrates that moderatly scaling up already brings you very far.

At Lokad, although we direly need our core forecasting technology to be scalable, nearly all  other parts do not. I wish we had so many invoices to proceed that we would need to scale out our accounting database, but I don’t see that happen any time soon.

Actually, over the last few months, we have discovered that cloud computing have the potential to unleash yet another aspect in the software industry: the power of scaled-down apps.

Based on this insight, I have refined the strategy of Lokad with tactical apps. Basically, a tactical app is a stripped-down web app:

Over the last couple of weeks, I have released 3 tactical apps based on Windows Azure:

Basically, each app took me less than 10 full working days to develop, and each app is addressing some long standing issues in its own narrow yet useful way:

Obviously, if we were reach 10k visits per day for any one of those apps that would be already a LOT of traffic.

The power of Windows Azure for tactical apps

Tactical apps are not so much a type of apps but rather a fast-paced process to deliver short-term results. The key ingredient is simplicity. In this respect, I have found that the combination of Windows Azure + ASP.NET MVC + SQL Azure + NHibernate + OpenID is a terrific combo for tactical apps.

Basically, ASP.NET MVC offers an app template that is ready to go (following Ruby on Rails motto of convention over contention). Actually, for Lokad.Translate and Lokad.Debug, I did not even bother in re-skinning the app.

Then, Windows Azure + SQL Azure offer an ultra-standardized environment. No need to think about setting up the environment, environment is already setup, and it leaves you very little freedom to change anything which is GREAT as far productivity is concerned.

Also, ultra-rapid development is obviously error-prone (which is OK because tactical apps are really simple). Nevertheless, Azure provides a very strong isolation from one app to the next (VM level isolation). It does not matter much if one app fails and dies suffering some terminal design error, damage will be limited to app itself anyway. Obviously, it would not have been the case in a shared environment.

Finally, through OpenID, you can externalize the bulk of your user management (think of registration, confirmation emails, and so on).

At this point, the only major limitation for tactical apps is the Windows Azure pricing which is rather unfriendly to this sort of apps, but I expect the situation to improve over 2010.