Right level of interruption and productivity 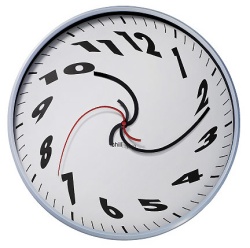 Lokad was at LeWeb'09 along with other BizSpark One startups. It had been a great time for us. Our showcase client, Pierre-Noël Luiggi, CEO and founder of Oscaro, was there at our booth and did a tremendous job at explaining why inventory and back-office matters if you intend to build a great eCommerce business.

Among various discussions that I had with Pierre-Noël during those two days of hectic trade-show, we have been discussing a lot about productivity in presence of interruptions (LeWeb'09 was focused on real-time web, hence real-time interruptions).

At Lokad, we are using loads of communication tools, and this seemed to Pierre-Noël a rather puzzling aspect of my company, as he was expecting mathematicians / developers to need an awful lot of concentration, and thus stay as far as possible from all those Web 2.0 distracting thingies.

Well, it turned out that Pierre-Noël insights were 100% correct: working on complicated projects such as Lokad requires an insane amount of concentration to get things right. Yet, this is precisly because if this requirement that we are using so many tools in the first place: we are leveraging those tools to help us, as a team, to keep interruption level as low as possible.

Basically, we have a range of interruption levels that goes as follow (ordered by decreasing intrusiveness):

Face to face meetings come on top as the most interrupting communication means. Although, we don’t have a policy that forbids knocking on somebody else door, we try to keep all direct interactions addressed either early morning, at lunch time or late evening.

Then, we also try to avoid all company meetings. As a matter of fact, we have virtually no regular company meeting of any kind. It’s not that we have any religious thinking about it, it’s just that after close examination, it appears there are very few situations that actually call for a meeting with more than 2 people.

Synchronous media such as phone call or Skype chat comes in 2nd as most intrusive media. The policy is to keep those media for events that really needs immediate attention. For example, an alert related to our forecasting infrastrure typically falls in this category. Yet, if the matter is not pressing to the minute, synchronous media should not be used in favor of less interrupting means.

SMS and emails come as the most disruptive non-synchronous media although it’s already way much less intrusive than synchronous communications. Our policy is to treat emails as hot potatoes that need immediate attention. Although you don’t need to process the item right now but email should be addressed within hours not days. Obviously, if the message does not need to (or cannot) be addressed within hours, then our policy is not to send an email in the first place.

Google Wave is a latest entrant in our communication practices at Lokad. It might ultimately supplant email altogether, but for now we keep it separated from our regular email practices. The most appealing as aspect of GW is that email is terribly ill-designed to deal with ongoing discussions. Any discussion that involves more than 5 emails is a usability nightmare, no matter of much efforts smart email clients (GMail, Outlook 2010) are doing to recover conversation threads out of the underlying mess. Google Wave has a much more natural model to deal with long ongoing discussions.

The policy at Lokad is now to move away from email any complex topic, as there is no chance that the issue could be addressed within hours. Dealing with +100 replies conversations with Google Wave is just a breeze while it was a nightmare with emails.

Note: I can’t wait for Microsoft Outlook to support wave as a client, that would be an incredible combo.

Still, Google Wave does require attention from your audience, as sending a Wave is like forcing people into reading what you’ve just wrote. In this respect, Google Wave is not different from email.

Hence, comes the lazy asynchronous media, the less intrusive kind of media. Blogs, trackers and wiki falls into this category. I am calling those media as lazy because because you do not force any attention for your audience. It’s up to the audience to decide whether it has enough time and interest to read your content.

At Lokad, everyone has a personal private blog that we call a worklog. Everyone is expected to post  once a week (and no more), giving a status update on what you’ve been doing during the week, and what you expect to do next week. In our limited experience, this practice is to give consistency accross all individual actions without the massive overhead typically involved with weekly team meetings (which never existed at Lokad anyway).

The true strength of those lazy media is that opportunity that you give not people not to read you. Your audience knows better than you do what it really needs to know and learn and when the need will occur. Hence, rather than pushing content toward people, it lets them pull info whenever it feels appropriate.

One thing I like about the Google Wave is that it is an async communication tool, that could turn into a sync one, when multiple users happen to be in the wave at the same time. It gives the feeling of presence. December 12, 2009 | Rinat Abdullin